Sunday is not my normal running day.  I like running on Saturday’s.  I’m use to it.  Some times though the club runs get scheduled on a Sunday.  Like this week’s run, which was a combined club run with the Ararat club.

This run was a new race for the club.  Therefore only the president of the club new what the course was going to be like.

We met at the Great Western Racecourse right behind Seppelt’s Vineyard at 9:30am for a 10:15am start. 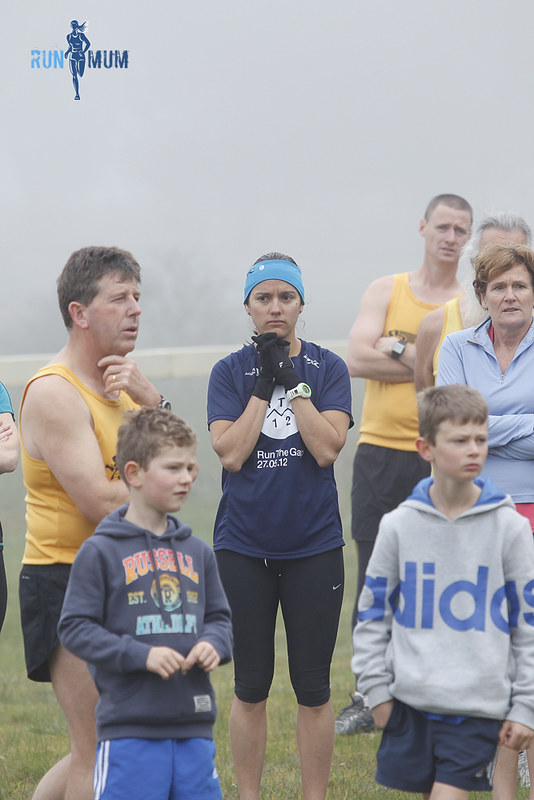 Now as you can plainly see it was foggy, and a tad cold.  You could not see more than 200m in front of you, it was THAT foggy. Which had it’s advantages, but also it’s disadvantages. 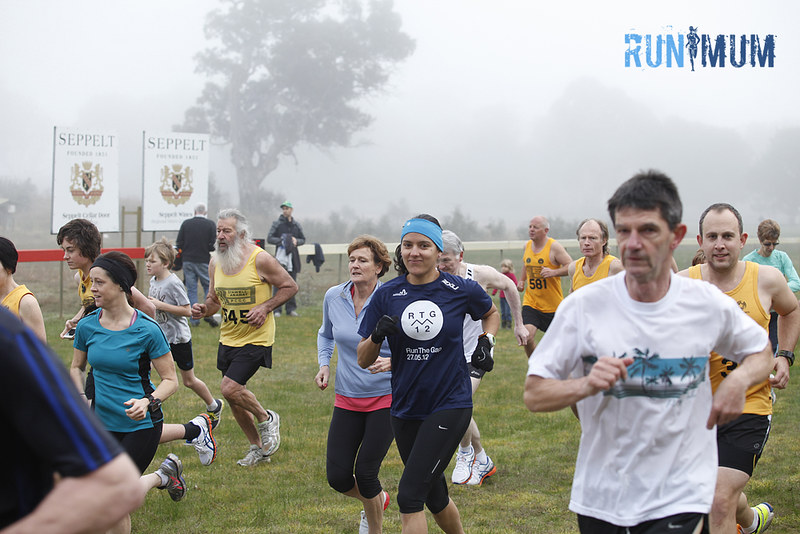 At 10:19am the call went out and off we galloped out of the gates onto the track (well that’s when I started my watch), 400m into the race however I noticed that it was not picking up my pace. I was really wanting to run a negative split (run the 2nd half of the race faster than the 1st), so I was checking my pace because I have a tendency to go out fast at the start (take last week’s race for example), but that fog caused my watch too loose satellites, and so even though the timer was going, I had no idea of distance or pace.  It was just as well that the course was marked very well and each 1km was clearly marked. I paced myself based on the kilometre markings.

The fog added some mystery to the run because you could only see so far in front of you.  It did mean that the faster runners were well off into the distance and I didn’t have to stress about chasing them.

I will admit that 3km into the run, I felt done.  I’m not too sure why, but I just told myself, don’t stress about not knowing your pace, just slow down, it’s still the start, just concentrate on putting each step in front of the other. I think part of the problem was the fog, because I couldn’t anticipate what would be in front of me. Like the hills, with the fog you couldn’t see the up coming hills, until you were just meters from it.  You also couldn’t tell where they ended until you were going down it.

Around the 5km marker I heard a ‘blip’, I looked down at my watch and low and behold we got finally satellites! Only took roughly 25 minutes to get there.  Therefore the stats via my garmin are way off, and I will not be presenting them today. It’s just as well I know how to map via run keeper (and then transfer that over to Garmin so I can show you map details).

The final gallop to the finish line was on the race track. 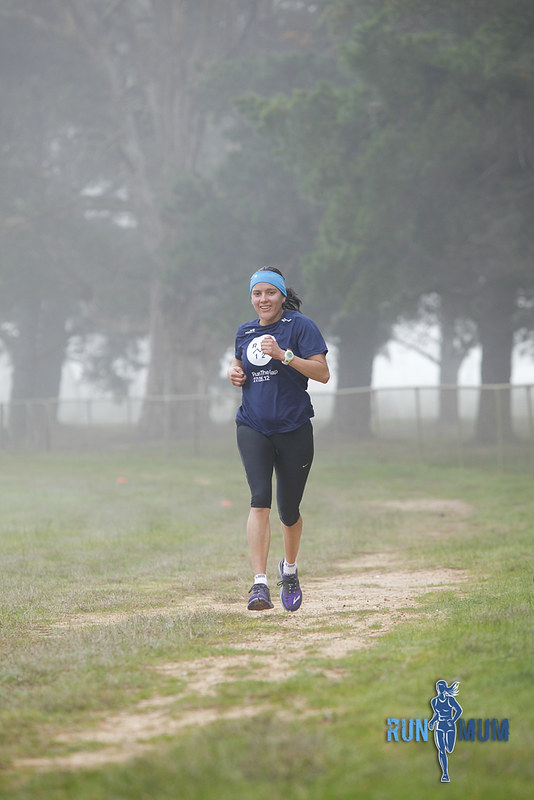 I will admit I found the track harder to run on than many of the trails I gallivant on. Why? Well even though it was flat, the race course had a soft clay surface which just made it awkward to go faster without causing injury, each step you could feel your body sink into the ground. 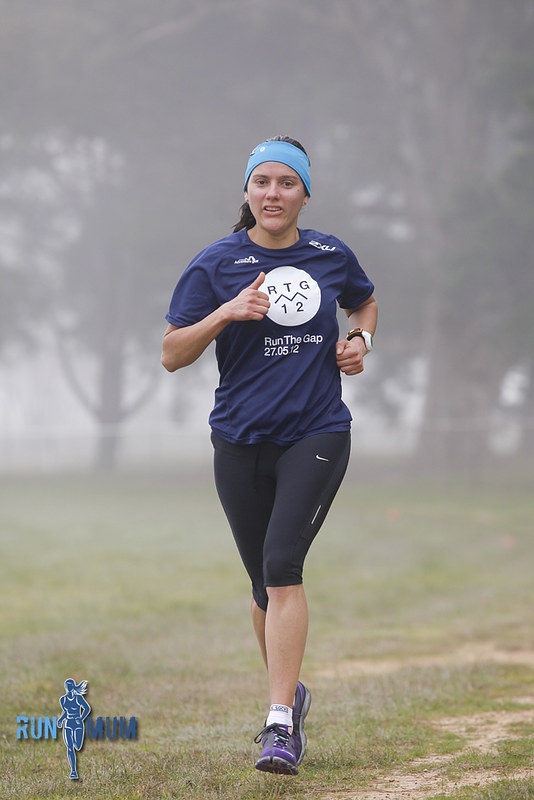 Oh and no blisters too, bonus!