This weeks club run was the infamous “hill of horrors” of Trooper Creek.

It will unfortunately be the last time we will be running this course, due it’s difficultly but also due to it’s location.

Last year was the 1st time I ran this course and wow, it’s tough.  99% of runners don’t run all of it.  Yep that’s right.  It’s a course that makes even the best of the best walk.   So yes that does mean I walked.  I’m not ashamed of it.  It’s tough.

The weather conditions didn’t help either.

It was wet.
It was cold.
It was muddy.
We lept through tree’s that had fallen over.
There was fog at the top of the mountain.
And there was rain, lots and lots of rain.

I think it’s safe to say that the run was done in true cross country conditions. 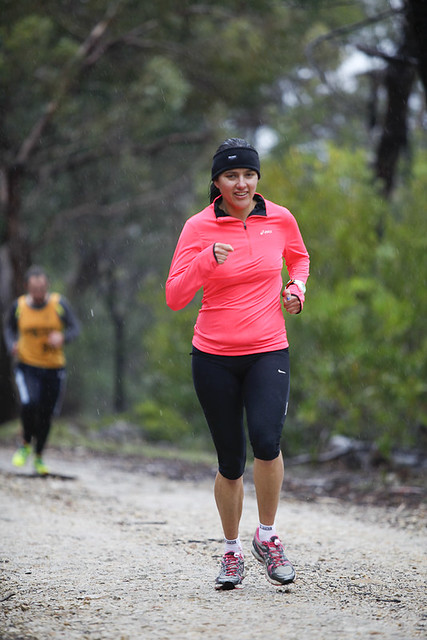 This was at the start of the race.  Can’t you tell, I’m not sopping wet.

I properly could have pushed myself a little bit harder over the hills.  However with my half marathon coming up next weekend I don’t want to overdo it.  The other thing is the calf.  It’s only just now starting to feel better (due to all the foam rolling I have been doing, it has seriously really helped), and again didn’t want to push it and the pay for it in Run Melbourne.

Troopers really tests how fit you are as an athlete (omg did I just call myself an athlete?!).  Last year when I did Troopers I found it really tough as it was the first long run I did after Run Melbourne (21.1km), this year Run Melbourne has been pushed back a week, so Troopers fell the week before my race.  Yes I found it hard, but not as hard as last year.
If anything I think the weather conditions made it a lot tougher. Trying to run downhill the rocky track is a lot harder when it’s wet and slippery and muddy than when it’s dry.

I ran the 1st 5km in about 35mins.  Kilometer 3 & 4 are all uphill.  Once you get over that rise it’s all bliss.  No more rocky track and mostly downhill.  Which is why I got such a good 5km time, as the 2nd half of the race was all downhill.

By the time I got to the finish line I was soaked through.  My top felt like seriously heavy, and I was glad I brought a towel and a change of clothes. 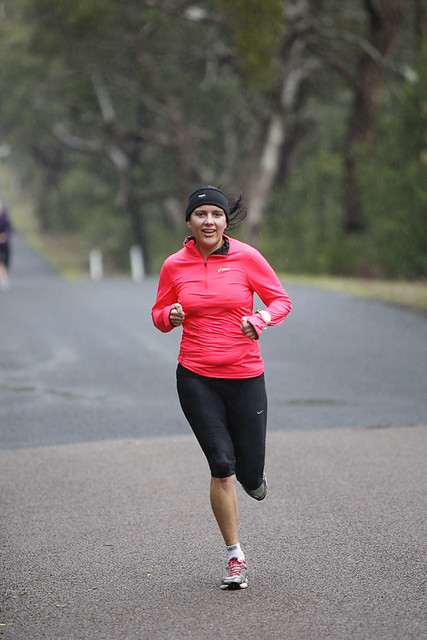 Overall I’m happy with the run.  I’m sad to see that we wont be running this course again, but I can understand why.  Troopers Creek is in a ‘reception’ black hole.  There is no phone reception.  So god forbid if there were ever an emergency.  That’s the other thing. Part of the track is 4wd only, and with the weather condition  that we had today, if anything were to happen to anyone, it would be difficult to get in there to assist them.

I feel honoured that I have been given the opportunity to runs Troopers Creek, not once but twice.  Who knows one day I might right that track again.