Let me tell you as I write this I’m pooped.  Yep exhausted.

The SAAC club handicap this week, was the Charlie Jones Sealed Handicap.  This particular race is 16km.  I was hoping it was going to be the same as last years course (as it’s been this particular track I’ve been told for many years), but due to all the rain we have had in the last couple of days, most of the track was flooded out and one muddy mess.  Now I’m all for a bit of mud, but not if it’s going to be 16km worth of it.

The race last year was the first time I had run anything over 12km.  I honestly had no idea how I was going to go.  I ended up running the course in 102:57 mins.  That’s 1h42m57s.  It was about a 6:30 min pace per km. I was impressed with that time, even though I came in last (I did not care, I ran the distance without stopping, and that to me was a huge achievement).

So even though the course was different this year I still had a good time. I knew the tracks, as well I have ran these tracks various times.  But having been out of it with a cold at the start of the week, I honestly did not know how I was going to go.  I was hoping for a sub 80min time, but by the time I got to the 12km mark, I just didn’t have it in my any more, and my pace slowed down.  This course was definitely a lot tougher than last year, as it was two 8km loops, and let me tell you there were some hills.

I’m still happy with my time.  I ran the course in 81:07, essentially slashing off 20mins of last years time.  I’ll take that thanks.

This is me from last year’s run. 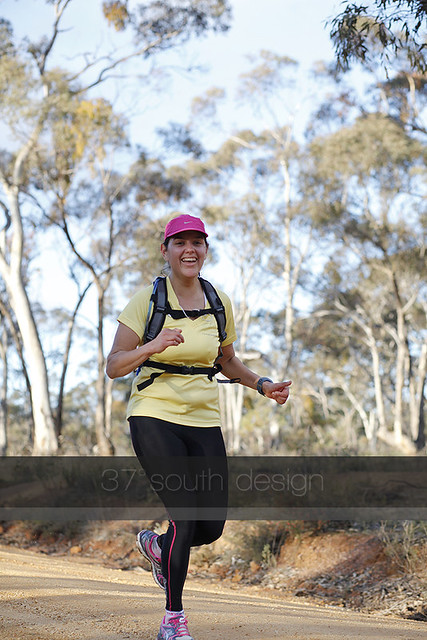 And here is this year’s. 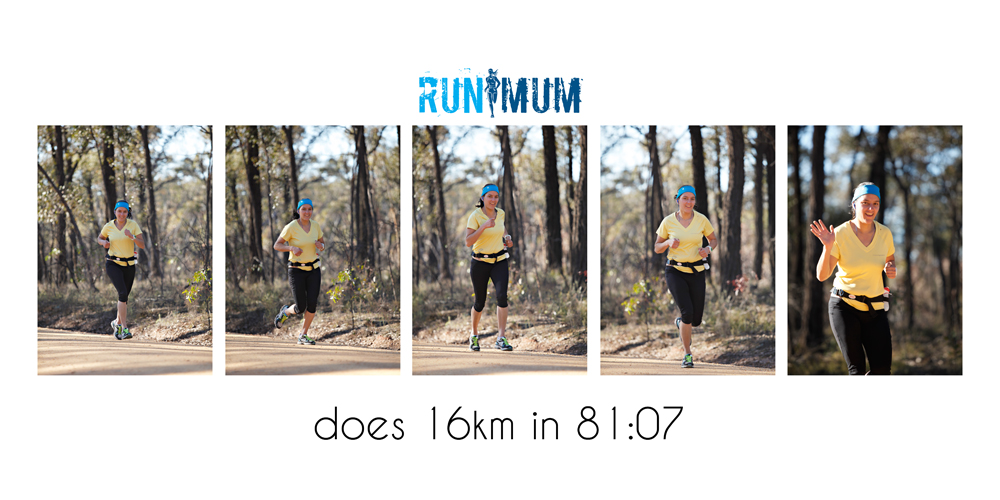 No camelbak this time, went with a fuel belt, ended up taking it off at the 14km mark (which was the start line). Better to have it and not need it than not have it and be wanting a drink.

Overall I’m really happy with my performance, it tells me that I will get a sub 1h50m time when I run #RunMelbourne in 6 weeks time.  So I will build up the long slow distance (LSD) runs, and work on time rather than pace, as based on this, I have the pace. Lets just pray I don’t get hit with another cold.